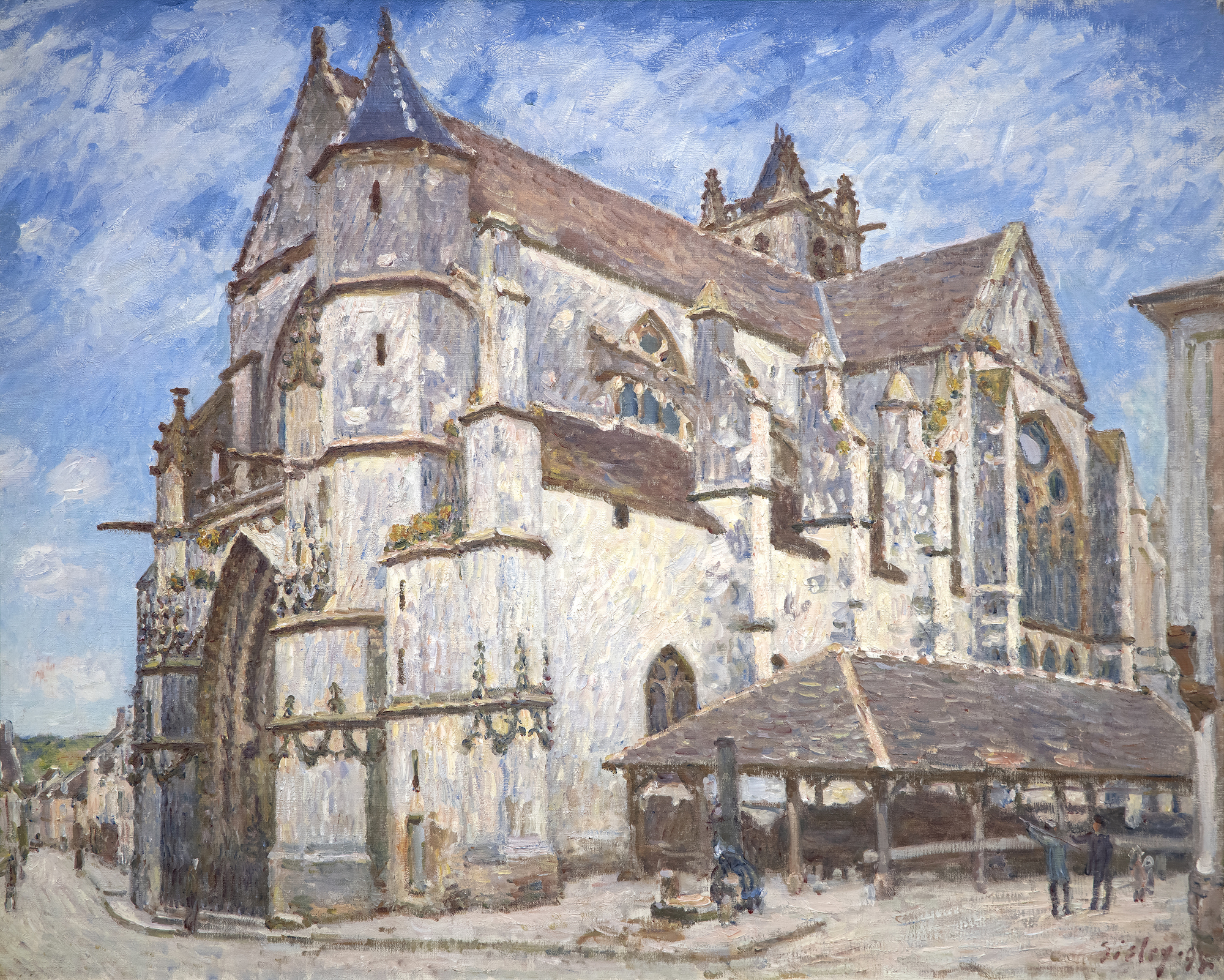 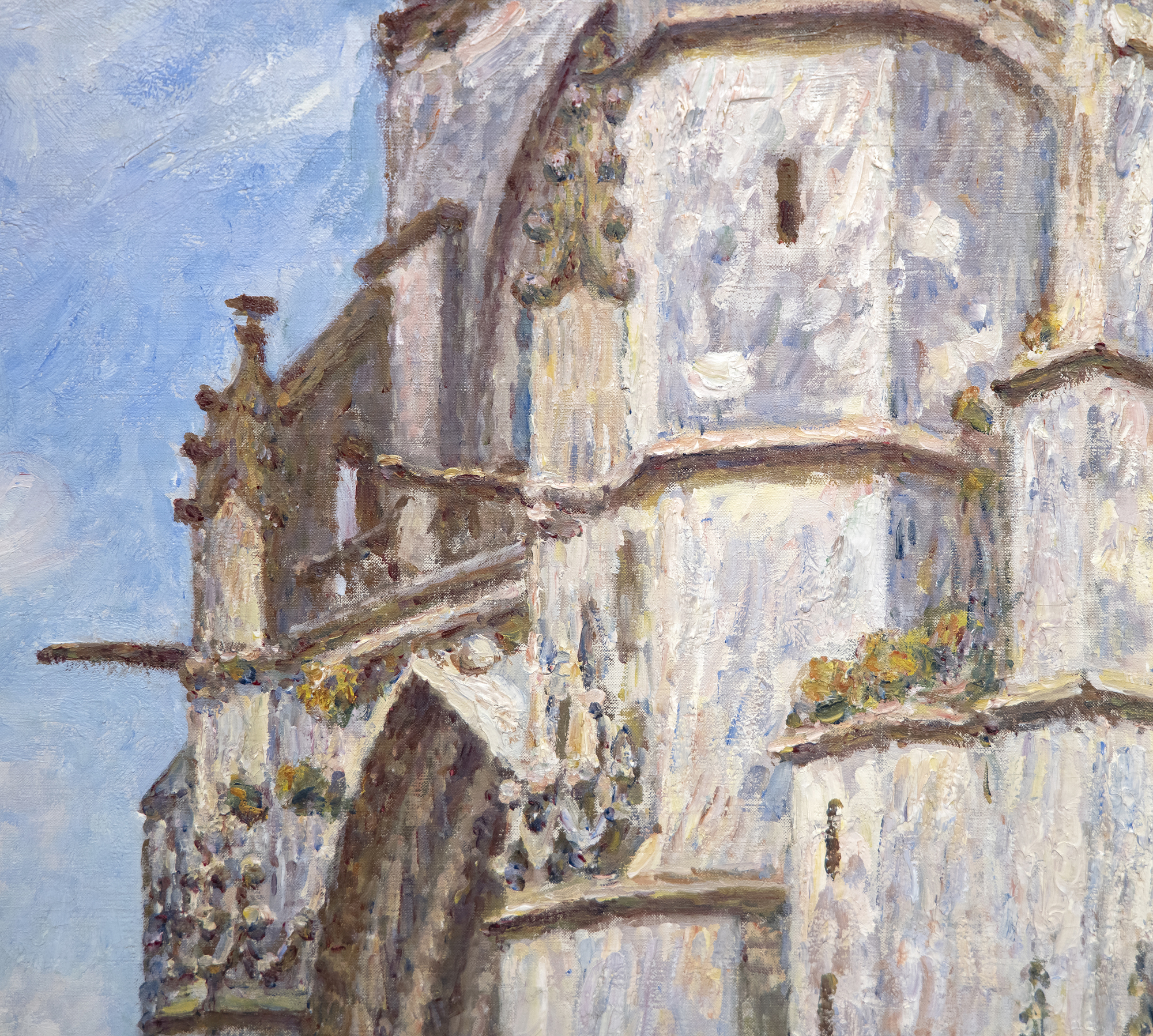 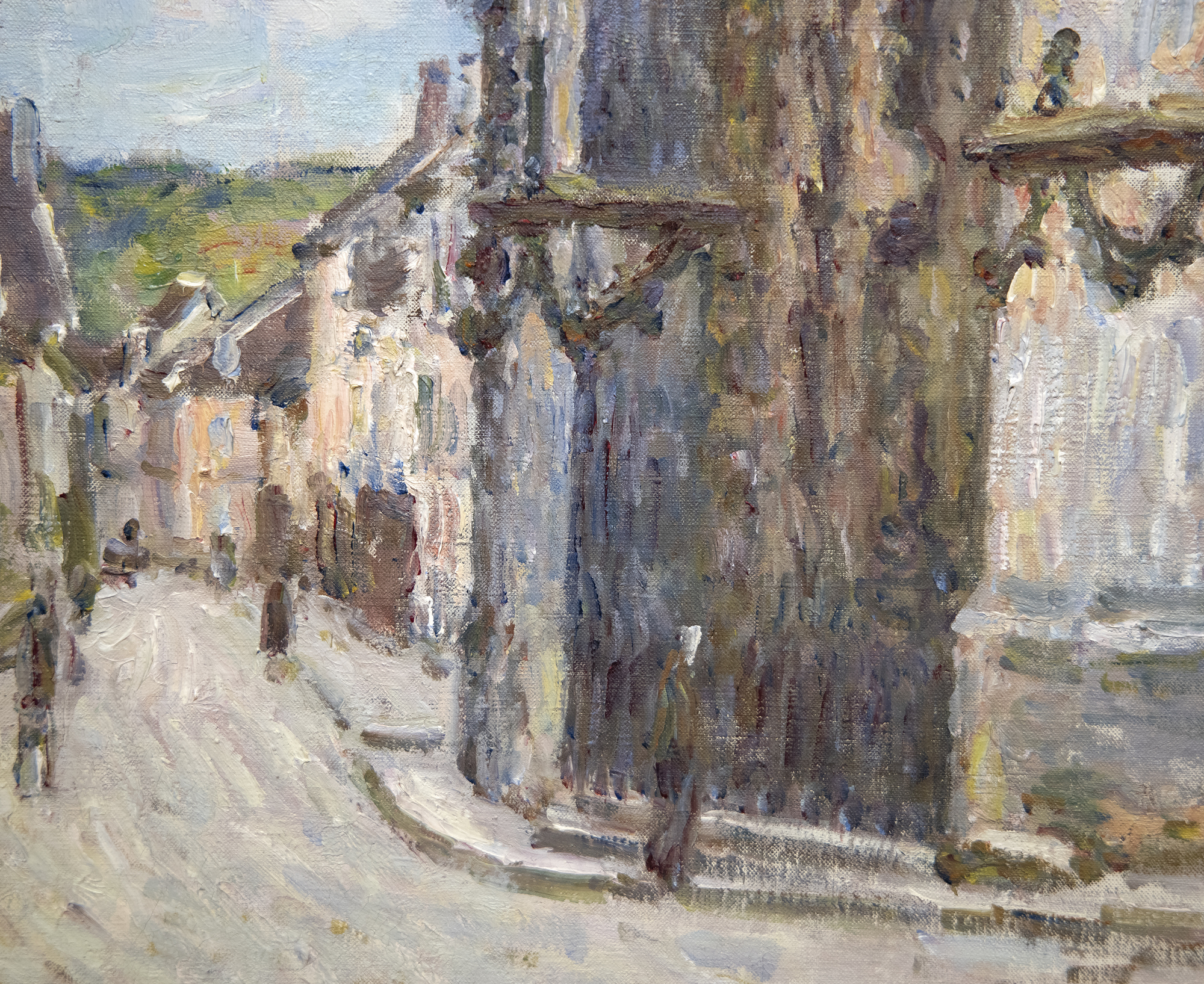 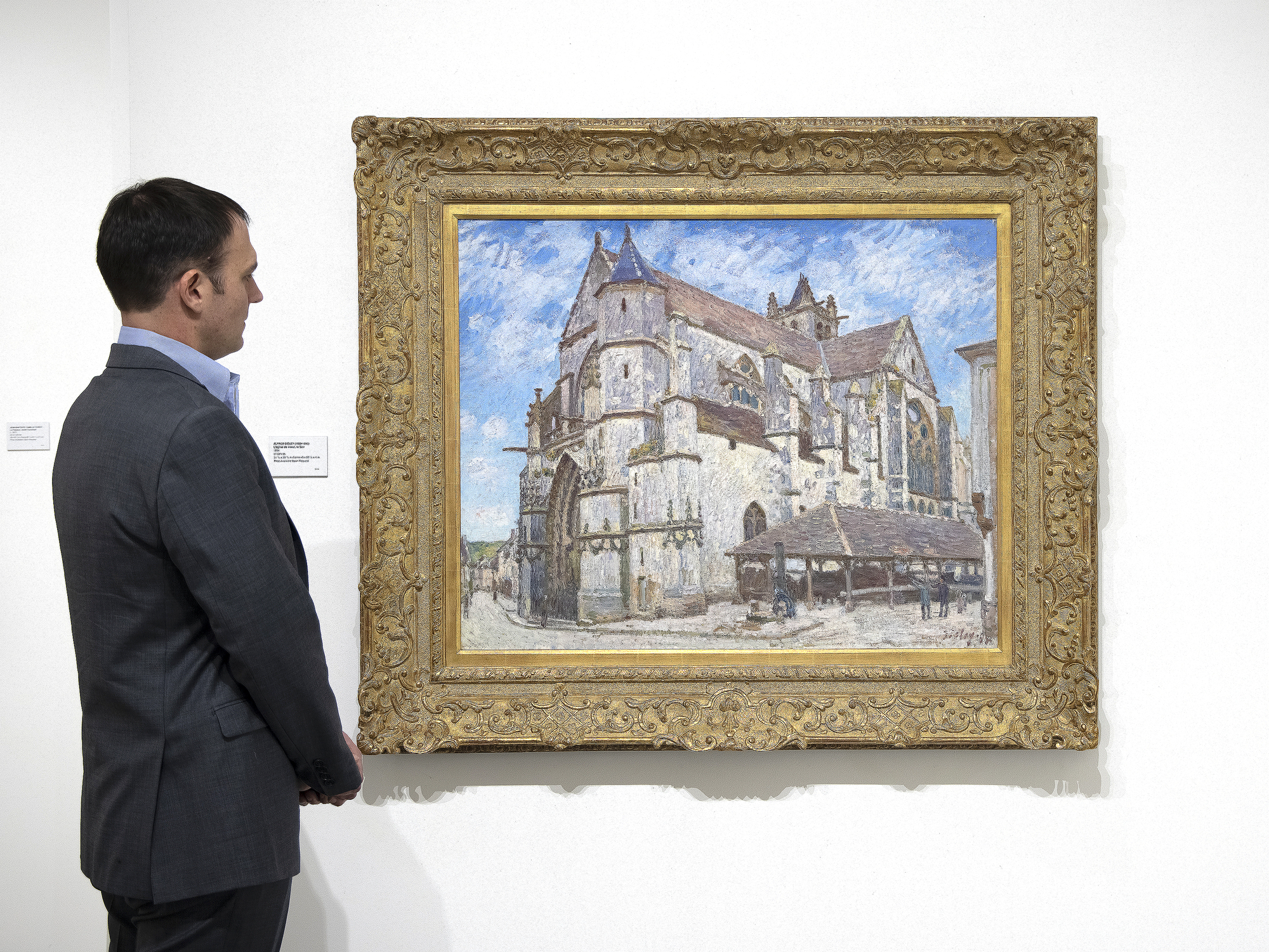 Between Île-de-France and Burgundy and on the edge of the Fontainebleau Forest lies the medieval village of Moret-sur-Loing, established in the 12th century. When Alfred Sisley described its character to Monet in a letter dated 31 August 1881 as “a chocolate-box landscape…” he meant it as a memento of enticement; that its keep, the ramparts, the church, the fortified gates, and the ornate facades nestled along the river were, for a painter, a setting of unmatched charm. An ancient church, always the most striking townscape feature along the Seine Valley, would be a presence in Sisley’s townscape views as it was for Corot, and for Monet at Vétheuil. But unlike Monet whose thirty views of Rouen Cathedral were executed so he could trace the play of light and shadow across the cathedral façade and capture the ephemeral nature of moment-to-moment changes of light and atmosphere, Sisley set out to affirm the permanent nature of the church of Notre-Dame at Moret-sur-Loing.  Monet’s sole concern was air and light, and Sisley’s appears to be an homage keepsake. The painting exudes respect for the original architects and builders of a structure so impregnable and resolute, it stood then as it did in those medieval times, and which for us, stands today, as it will, for time immemorial.

Nevertheless, Sisley strived to show the changing appearance of the motif through a series of atmospheric changes. He gave the works titles such as “In Sunshine”, “Under Frost”, and “In Rain” and exhibited them as a group at the Salon du Champ-de-Mars in 1894, factors that suggest he thought of them as serial interpretations. Nevertheless, unlike Monet’s work, l’église de Moret, le Soir reveals that Sisley chose to display the motif within a spatial context that accentuates its compositional attributes — the plunging perspective of the narrow street at left, the strong diagonal recession of the building lines as a counterbalance to the right, and the imposing weight of the stony building above the line of sight.

Inquire
“Every picture shows a spot with which the artist has fallen in love.” – Alfred Sisley The Detroit Institute of Arts