Willem de Kooning is one of the most celebrated American artists, not least for his pioneering work developing the Abstract Expressionist movement. Emerging from the destruction of World War II, the loosely associated movement worked through the trauma of the past and the anxiety of a new present. Along with Jackson Pollock, De Kooning helped to cultivate the action painting branch in which artists appeared to attack the canvas with bold and dynamic brushwork.

Nevertheless, this label of abstraction never sat well with de Kooning as figuration always played a role in his process, ebbing and flowing at various points in the 1930s and 1940s. Thus, it was his first Woman series in the early 1950s that cemented de Kooning’s legacy. With this series, de Kooning fused the techniques of Abstract Expressionism with representative figuration.

Despite this leap in art history, the series was not without controversy. For some, it was a betrayal of the tenets of abstraction. For others, it was the grotesqueness of the women that seemed degrading and violent. But it was Clement Greenberg, the art critic that defined and promoted Abstract Expressionism, who championed this series; for the critic, de Kooning pushed modernism by imbuing abstraction with “the power of sculptural color.” The bold brushstrokes and expressive colors seem to carve out the women on the canvas while conveying a sense of energy that captured the anxieties of the artist and of the times.

Rather than break with art history, the Woman series rooted itself within a lineage of artists painting women (and particularly nude women). For example, both de Kooning and Picasso reimagined the female form and developed new approaches to brushwork, yet maintained a link to the history of female nudes. And like Picasso, de Kooning deconstructed conventional notions of proportion, tossing aside geometry for closer psychological examinations and boundary-pushing technique that explored the possibility of the visual plane.

What was new for de Kooning was his incorporation of popular consumer culture to create his women, using the imagery of pin up models and movie stars. It was one pop artist, Robert Rauschenberg, who would cross paths with de Kooning. Rauschenberg approached de Kooning to request a piece he could erase. Rauschenberg purposely chose de Kooning for his standing as one of the most important artists in the country. Likewise, by granting permission and one of his works, one of his Woman drawings, de Kooning acknowledged the power of art and its possibilities.

It is for these reasons that museums around the world have clamored to include one of de Kooning’s Woman series in their collections. Of the six paintings that made up the core of the original series, the first two are housed in the Museum of Modern Art in New York. The Museum of Modern Art acquired Woman I in 1953, one year after its completion, with its committee stating that they “found the picture quite frightening, but felt it had intense vitality and liked the quality of the color.”

The museum immediately recognized its importance not just to de Kooning’s oeuvre, but to its place in art history, as abstraction and figuration collided and the full possibilities of paint were made visible on the canvas. De Kooning made paint both rough and smooth, and both opaque and translucent. The remaining works are in the Nelson-Atkins Museum of Art, the National Gallery of Australia, and the Carnegie Museum of Art. Only one is in private hands, having originally been in the Tehran Museum of Contemporary Art.

De Kooning returned to the Woman series at different stages, as with Woman in a Rowboat. With each painting in the series, the women on the canvas became more abstracted as they melted into lines and colors. This coincides with de Kooning’s move to East Hampton, New York, which he also attributed to his shifting colors. The colors of the canvas that were once garish became earth tones.

A similar drawing is in the Walker Art Center. The drawing underscores De Kooning’s skilled draftsmanship, underlying the abstractions in the painting, which transformed lines into sculptural figures. Woman in a Rowboat represents a rare opportunity to acquire an important work of art, which is part of a landmark series that shifted the course of art history and is proudly part of the world’s foremost museums. 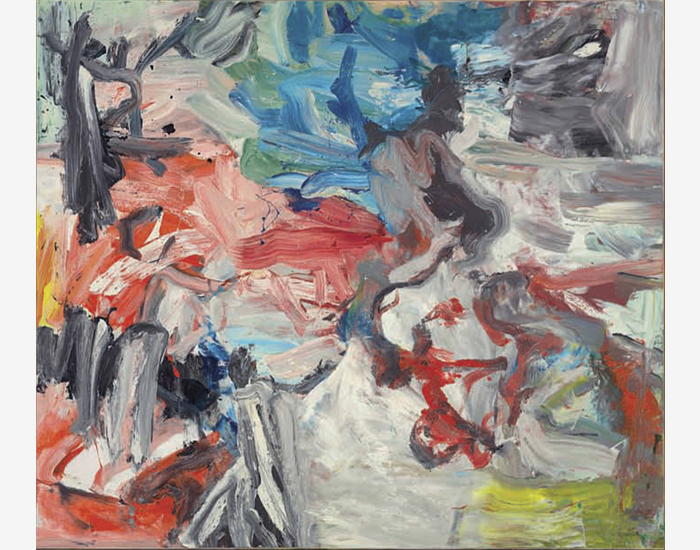 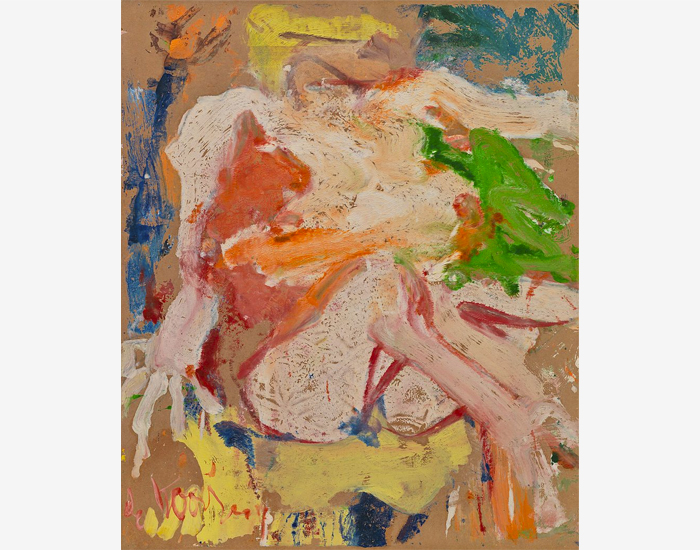 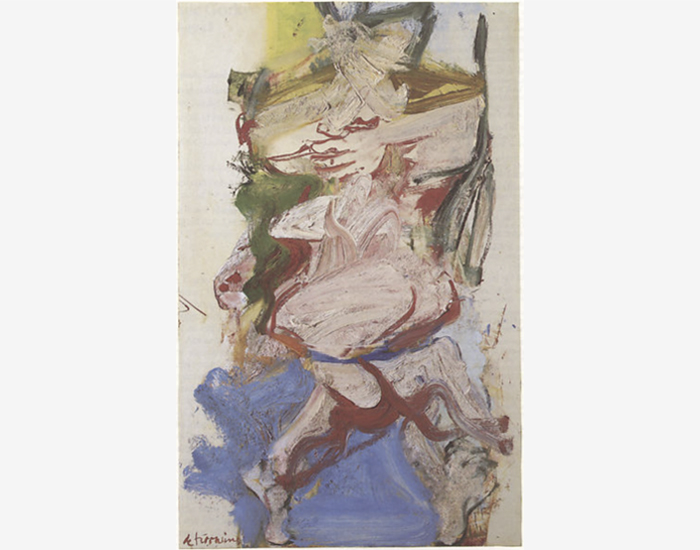 The Whitney Museum of American Art

Explore MoMA’s 2011 show which was the first major museum exhibition devoted to the full scope of de Kooning’s career. Explore the chronology of de Kooning’s life and work through the Willem de Kooning Foundation’s website. 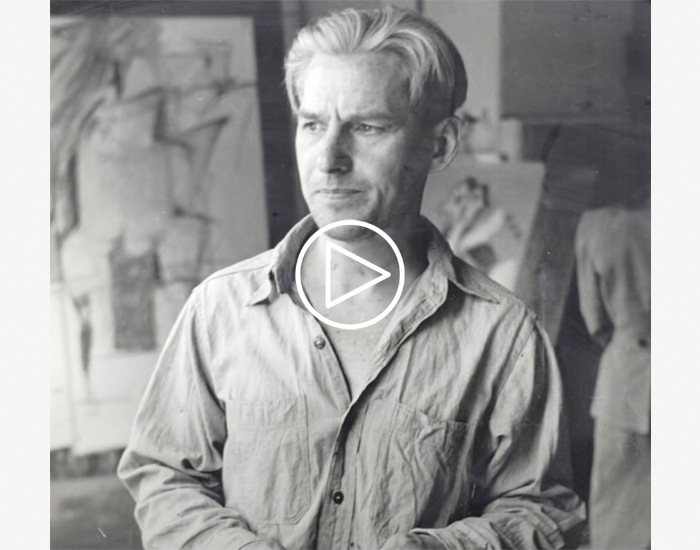 Curator Judith Zilczer, shares her insight into de Kooning and the work that led her to contribute to the monograph, “Willem de Kooning: A Way of Living.” 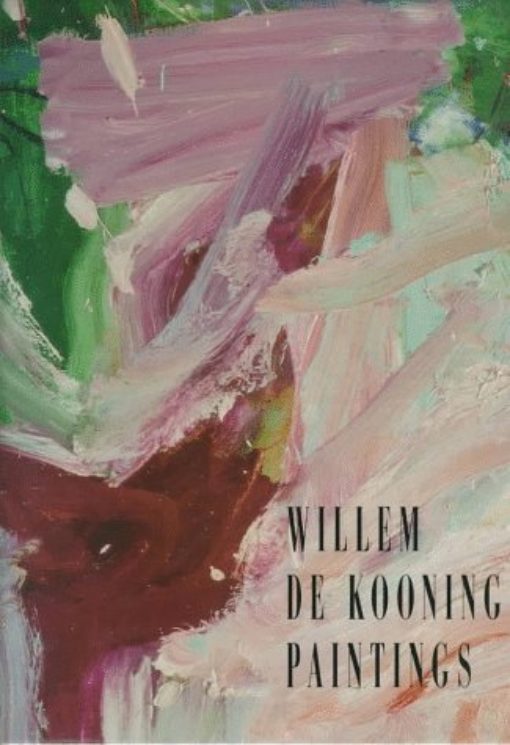 “Woman in a Rowboat” is also featured in the 1994 catalogue raisonné of de Kooning’s works.

Almost immediately, museums around the world recognized the importance of de Kooning’s Woman series. Because of this, Woman in a Rowboat was included in notable exhibitions almost immediately after its completion in institutions. Even while the painting has been in private hands, Woman in a Rowboat was included in the exhibition catalog for MoMA’s 2011 retrospective of de Kooning’s career. The painting is also featured in the 1994 catalogue raisonné of de Koooning’s work. 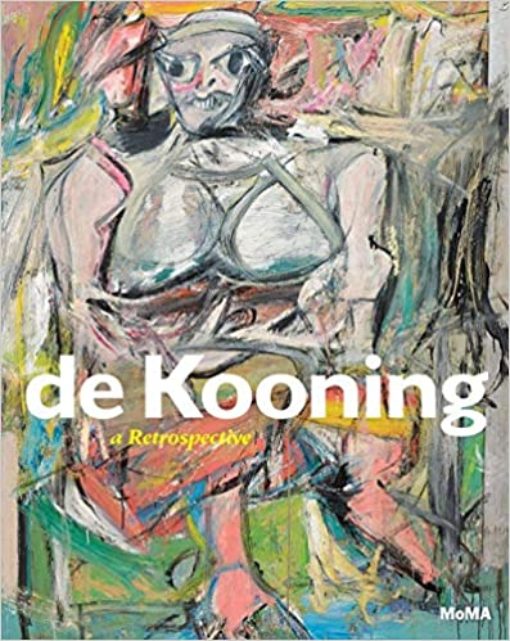 See “Woman in a Rowboat”‘s inclusion in MoMA’s 2011 exhibition catalogue.

Other Works by Willem de Kooning